Barking and Dagenham Council has appointed a managing director for Be First, a company established by the local authority earlier this year, dedicated to accelerating economic growth.

Pat Hayes was announced for the role last night (18 April) at The Broadway Theatre in Barking during a reception to follow up the council’s attendance at MIPIM, the global property conference in Cannes last month.

The company will be dedicated to speeding up development, attracting investment and allocating grants for new homes, better infrastructure and securing jobs. The council’s chief executive, Chris Naylor, said at last night’s event that Be First will be operational from October 2017.

Hayes has been executive director for regeneration and housing at Ealing Council since 2007 and was welcomed to the stage at last night’s event by council leader, Darren Rodwell.

Hayes said: "Barking and Dagenham holds the key to London’s housing problems. It is a borough that has always been very keen to move at pace and that’s something I very much want to be a part of.

"Its aim is to link up the private sector’s drive for quality with the public sector ethos of doing positive things with the community.

“The challenge is how do we drive quality to derive value. There is an enormous opportunity to create developments of real quality and setting up the company shows real vision from the council and that this is somewhere that welcomes development with economic, sustainable and social benefits.

“Going forward, we will use both investment and the planning process to bring forward development. We have a talented team, which can unlock this borough so it becomes the place where everyone wants to go. Be First is an organisation that will deliver for all the right reasons and it represents a real opportunity – not just for the borough, but for London as a whole.”

Former civil servant Lord Bob Kerslake, who was announced at MIPIM as Be First’s chair, also spoke at the event. “London needs to double its housing supply to have any chance of reaching what it needs but it’s about more than that: it’s also about economic growth and job creation.

“In terms of development, there is nowhere else that matches the scale of opportunity that exists within Barking and Dagenham.

“To meet its own needs and to be a key part of the future of London, Barking and Dagenham needs to maintain its commitment and the benefits for the existing community, but also to the new people coming in.

“The message to develoeprs is: come with us, because we need new ideas and people who are open to doing things differently. With the appointment of a managing director who is absolutely one of the best of his field in London, we are at a very exciting point. Things are about to happen: faster, further and better.”

See pictures of the event below: 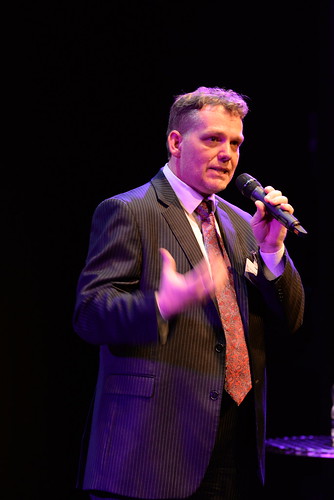 Thirteen new council homes at Sugden Way in Barking were delivered and lifted into place in the space of just seven days.

Eagle-eyed excavators discovered a piece of Barking’s history in the shape of a 100-year-old R. White’s bottle, unearthed as they laid the…

Dagenham’s newest addition to its selection of hotels opened for business on a site near the much-anticipated Dagenham film studios.